A suggestion for the BBFC 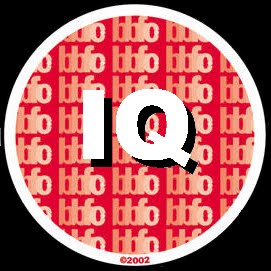 I tried so hard I really did, I saw the film on release and loved it. I’m a huge fan of Martin Scorsese and Leonardo DiCaprio and I love nothing more than a dark, creepy thriller.

I can’t review Shutter Island, however, because the film was utterly decimated by the two mouth breathers to the immediate left of me.

There is nothing wrong with chatting once and a while through a film. I’ve done it myself. Discretely commenting on a particular moment to your viewing partner is relatively inoffensive. However, discretion wasn’t the name of the game for these chaps. Each announcement was preceded by that weird noise idiots make, you know the one, it sounds like a lobotomised fog horn, “aaaahhhwwww, this is weird”. I suppose it’s a valid critique of the film, Shutter Island is weird. Wonderfully so. It begins as a seeming homage to the noir films of old, all moody lighting and shrieking violins, but as the story unfolds it becomes clear there may be something else at work. The story follows US Marshall Teddy Daniels, played by Leonardo DiCaprio at his twitchy, paranoid best. Daniels has been sent to the titular Shutter Island, home to the Ashcliffe hospital for the criminally insane to investigate a missing patient. Digging deeply into the Island’s past he begins to realise that there is secret that the patients and staff are keeping from him. A secret that may be better left alone.

The film relies heavily on atmosphere and tension, something Scorsese proves once again to be a master of and here he ramps it up to incredible effect, but thanks to Thing 1 and Thing 2 the effect was wasted on me. A particularly eerie scene between Daniels and a female patient was annihilated as Thing 2 suggested that instead of interviewing her he should just… well you know. Cue guffaws and cackles all round. It sounded like a riot had broken out on Dappledown Farm.

They were bored. The way an infant gets bored if you stop jangling your keys in its face. The film was trying to engage them on a cerebral level and they just gave up. What’s frustrating is that Shutter Island is a great example of a slow but perfectly paced film that rewards attention. A film that makes you think you are watching one thing and slowly reveals something else. I imagine if the idiots in question had known they were supposed to concentrate on the film they might have stayed at home.

If only there was a way to warn people before hand that a film might make you think, a way to gently suggest that if you opened your mind just a crack you may find something special.
I submit the above rating system. Rather than a rule, it’s a guideline. Think of it like the health warnings presented before a rollercoaster. You can ride, but if you have back problems, heart conditions or the attention span of a particularly forgetful fish you might want to sit it out or maybe wait for the DVD release.
That way at least if you get bored the disc is nice and shiny, you can just play with that instead.