When Sam Raimi was officially announced as the director of Spider-Man
I just about died with delight. It was especially nice coming off the news of
Peter Jackson being put on The Lord of the Rings. I naively kind of thought
that all my favorite horror directors were going to find their way into the big
budget mainstream. It didn’t quite work out. Now that Raimi is apparently officially
off Spider-Man 4, and seemingly (hopefully) free to make more Drag Me To Hells
and Simple Plans, I can start dreaming of what director known for his horror
output can take over and reboot the franchise. (After I thought of this I
realized Devin did something like it for the main page concerning Bad Lieutenant,
so credit where it’s due – he did it first)

I’ll start with the obvious one.

A college prodigy named Peter Parker works day and night in
search of a cure for his Aunt May’s cancer. His research with his one armed
science professor Dr. Curt Connors leads him to test the effects of radiation
on various lower species, including black widow spiders. One late night, Peter
tries to impress journalism student Mary Jane Watson with his research, and is
accidentally bitten by one of the test spiders. At first the bite appears to be
a blessing as Peter develops super-strength, super-agility, and the ability to
climb walls, but soon Peter’s skin is falling off, he’s growing slimy hairs,
and he develops a secondary anus that expels silken webbing. Mary Jane’s ex,
Harry Osborne, takes it upon himself to help Mary Jane after discovering she’s
been impregnated by the spider-man. Peter, assuming her unborn child is the
only remaining shred of his humanity kidnaps her from the abortion clinic, and
murders Harry. As Peter sprouts two new sets of arms from his ribcage Mary Jane
musters the strength to kill him via a double barreled shotgun to the head.

The Costume: Peter briefly attempts to create a costume for
himself, much like the costume found in the original comic, but he almost
immediately ‘out grows’ it, and is left basically nude.

The Villain: Spider-Man himself is the villain in this case,
but I’m sure Sony could talk Cronenberg into including The Lizard, who’d go
through basically the same thing Peter goes through, just with greener results.

Peter Parker is a carefree artist/musician/writer living in
an upscale
penthouse. On his way home from a night on the town with his homosexual best
friend Dmitri Smerdyakov (who is also a carefree artist/musician/writer…or is
he?) Peter witnesses the tale end of a grisly murder. The murderer escapes, and
Peter is left hold the dead body of a psychic, who happens to be the daughter
of a woman who was raped by a spider. Her spider blood saturates Peter, who is
hounded by the police for the rest of the film as the lead suspect in her
murder. Powers never manifest, but the spider rape story gives the director a
good excuse for a nightmare sequence that doesn’t make any sense. An impetuous
and curious reporter named Mary Jane Watson accompanies Peter, now calling
himself Spider-Man, on his attempts to solve the murder, and clear his name.

The Costume: Peter dresses in a rather tasteful blue
windbreaker, and a read polyester shirt, with a black collar that’s just a
little too big.

The Villain: The Chameleon turns out to be the killer. His
ability to change identities makes him the ideal criminal for an Argento film.
Most of his scenes are shown from his POV, and he wears a black trench coat, a
black hat, and black leather gloves. At one point Chameleon kidnaps and rapes
Mary Jane repeatedly. Mary Jane is, of course, played by Asia Argento. 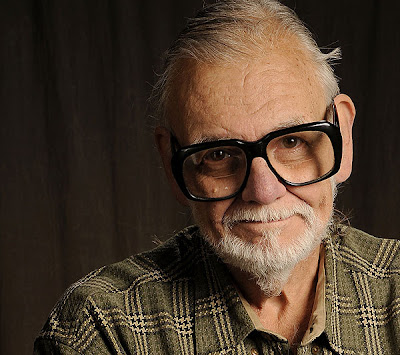 This film starts with Peter Parker already having established
the Spider-Man brand. Grainy black and white footage of a younger Peter reveals
that his Uncle Ben (now dead) told him every day that he was born cursed with
the blood of a radioactive spider. It’s never clear if Peter is a super-powered
person or not, but he certainly believes it. Aunt May believes it too, and
warns Peter every night that she will end him if he steps out of line and
indulges in his spider ways, which includes drinking bodily fluids (as drinking
bodily fluids is what real spiders do). Peter, convinced that Mary Jane is in
love with him even though she clearly isn’t, murders Flash Thompson. Mary Jane
slits her wrists in reaction, and Aunt May, assuming Mary Jane’s death is proof
of Peter’s nocturnal activities, kills Peter with a giant steak to the heart.

The Costume: Peter dresses in pair of slim black slacks, a
black turtle neck, and a white, facially contoured mask that he can’t take off.

The Villain: Little known villain called ‘Thousand’, whose
powers, according to Wikipedia, include a ‘body composed of one-thousand
spiders capable of devouring the innards of humans and using their leftover
skin like a suit’. A swarm of Thousand controlled humans strike , and begin
spreading like a plague. Thousand is, however, an incidental character that
Spider-Man only manages to avoid. He’s less of a villain, and more of a
metaphor for the horrors of consumer culture.