Demigod Fichtner To Be Villain In Lone Ranger Movie 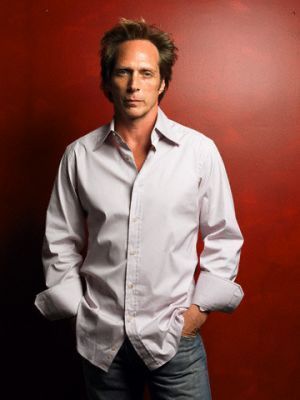 It’s no secret that I’m a GIGANTIC fan of the work of William Fichtner. He’s been my avatar on the message board of this fine site since pretty much when I joined, and he’s a character actor that deserves to be a leading man. The man has done solid character work in lots of supporting roles, and finally last year he had a starring role in Drive Angry (Shot in 3D) and many more people got to see what I’ve seen. A man with impeccable comic timing and awesome in action sequences.

Now he’s going to be the villain in The Lone Ranger.

I couldn’t be happier typing that. This is exactly the kind of exposure he needs. Even if he’s not playing the lead hero, playing the lead villain is just as good. Especially in a big budget tentpole film like this one. He’s also taking the role because it’s original occupant, Dwight Yoakam had to vacate due to “scheduling conflicts”.

Here’s the skinny on the character.

Yoakam was set to appear in Lone Ranger as Butch Cavendish, the no-good-varmint who leaves John Reid (Armie Hammer) for dead – only to pay for his mistake when an American Indian named Tonto (Depp) rescues Mr. Reid and helps him to become the masked avenger known as (what else?) The Lone Ranger.

I’m looking forward to seeing Fichtner ham it up and be evil in only the way he can. Then hopefully he’ll get all the lead action roles he deserves.