Catching Up with Sherlock #16

The Adventure of the Dancing Men

Found in: “The Return of Sherlock Holmes”

The Case: Through mail and by graffiti, drawings of stick figures have been finding their way to the home of Mr. Hilton Cubitt. He seems to think that it’s some kind of childish prank, but his newly-married wife is deathly afraid of them. Mrs. Elsie Cubitt won’t say a word on the matter, so Hilton sends word to Sherlock Holmes, who finds that these pictures are much more perilous than meets the eye.

The Solution: *The stick figures are a code. They were used by an American gangster to contact his old flame, Elsie. They had finally agreed to meet so that Elsie could try persuading her former lover to go away, until Hilton intervened with deadly consequences.*

Impressions and Fingerprints: At the beginning of the story, we learn that Watson keeps his checkbook locked in one of Holmes’ drawers. Many commentators have used this observation as evidence that Watson had a gambling addiction at some point, and this interpretation was appropriated for the 2009 movie. 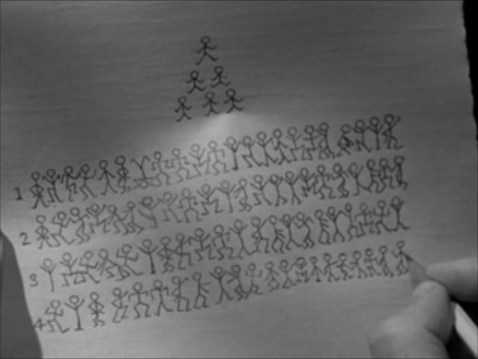 This story is also quite unique in that it serves as a practical introduction to code-breaking. Holmes’ solution of the case and the pictures of the dancing men are both presented in such a way that it’s particularly fun to follow along.

Is it still worth it? The story is structured in such a way that it presents two great mysteries for the price of one. It’s a very entertaining read that’s definitely worth a look.