Catching Up with Sherlock #7 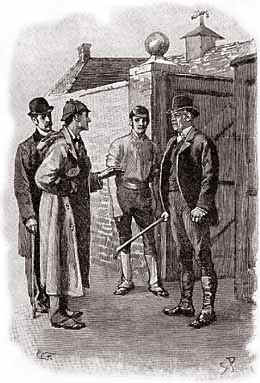 The Case: All of England is in uproar over the disappearance of Silver Blaze, the horse favored to win the Wessex Cup, and the murder of his jockey. After several days of investigation and a suspect arrested on circumstantial evidence, Scotland Yard calls on Sherlock to close the case.

The Solution: *The rider tried to maim Silver Blaze, and the horse killed him out of self-defense.*

Impressions and Fingerprints: The solution to this case was such a brilliant twist that Conan Doyle himself bet his wife a shilling that she wouldn’t be able to solve it. This story contains some of Sherlock’s most complex and famous deductions, with “the curious incident of the dog in the night-time” (aka “the dog that didn’t bark”) foremost among them.

Is it still worth it? It’s a mystery with a ton of peculiar evidence, a set of elegantly presented conclusions, and a fair bit of humor to boot. This is easily one of the best-crafted, most famous, and essential stories in the series.