Catching Up with Sherlock #1

The Case: Mr. Jabez Wilson is a London pawnbroker with a fiery red head of hair. He learns of an eccentric millionaire who recently died and left his fortune to the Red-Headed League, with instructions to spend the money on providing easy work for men whose hair is of the right color. Mr. Wilson takes the job and gets paid four pounds a week just for copying the encyclopedia. However, when the League suddenly disbands for no apparent reason, Wilson hires Holmes and Watson to figure out what’s going on.

The Solution: *Wilson was being conned as part of a bank heist.* 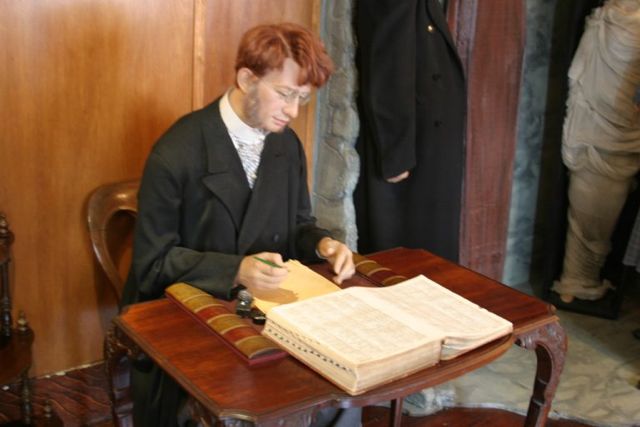 Impressions and Fingerprints: Pretty much everything that you need to know about Sherlock Holmes is in here. Not only does this provide a clear and solid demonstration of Holmes’ observational methods, but it also contains references to Holmes’ tobacco use, his love of violin music, and his preference toward cases that are strange and unusual. Additionally, Holmes’ strained relationship with Scotland Yard also plays a part.

Better yet, the story is a fine introduction to John Watson, as it alludes to his medical career and his status as a war veteran. This is a perfect example of the working relationship between Holmes and Watson, not to mention their respective skills in crime-solving and in combat.

Is it still worth it? The case is a little weak, but if you’re looking for an introduction to the series, it doesn’t get much better than this.