New M83 Track is a Doozy

For almost the last month I have avoided this. I was not going to listen to this track simply because when a band makes as mouth-wateringly perfect an album as M83 did with Saturdays = Youth I tend to not want to ruin the experience of that first listen through new material by acclimating to advance singles – songs taken out of context of the album as a whole.

But I couldn’t wait.

If Midnight City is any indication, Hurry Up, We’re Dreaming, the double-album to be released by M83 aka Anthony Gonzalez (and friends) is going to be one amazing ride dripping with dark tones and full-blown Donnie Darko flavor.

There is such a strong cohesion of tone to M83’s work, particularly since Saturdays, and integral in this is the imagery they utilize. With such sugary, syesthetic sounds as he creates, Gonzalez has also mastered the art of matching the visual medium to it and Hurry Up, We’re Dreaming does not look as though it will be any different. Rather – and I don’t want to overestimate, buuuttt – this new double album just may end up being, as Gonzalez himself has openly stated, his best work. 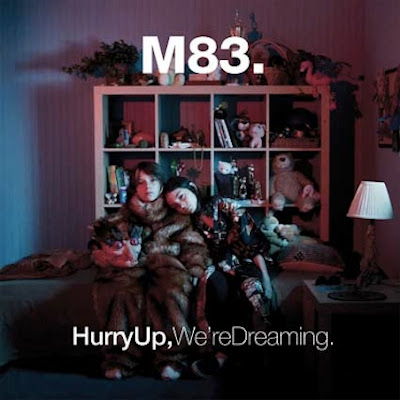 I can’t wait for the release date (October 18th on the always poignant Mute Records).

Keep an eye on the band’s website for future album and tour info here: I Love M83