Okay yes, the mask still sucks. But damn. I’ve been keeping my fingers crossed that the promises that Green Lantern would actually turn out to be a colossal, cosmic space opera were true, and this 4 minutes of WonderCon footage (culled from a longer 10+ minute presentation) make it exceedingly clear they were. Few know if the script tells a story that’s worth a shit, or if the picture edit will work, or the score will do justice, or if all of the dozens of different elements that make a good movie will come together- but damn Green Lantern looks good.

The CGI here isn’t perfect, and in places outright bad, but the general quality versus the scale combined with the imagination and sheer balls on display just makes it work. There’s a diverse set of Lanterns you can see in this trailer, and you can see they were not afraid to pull out some of the weirdest aliens they could find in the comics. Embedded amongst all the space-faring and bizarre-faced dudes, you can still distinctly detect the odor of origin movie, but if Green Lantern isn’t pushing any boundaries there, it’s definitely fleshing out the superhero film in a way that, from these four minutes, feels kind of unprecedented.

After the panel at WonderCon, THR caught up with producer Donald De Line and asked him about the process and the length of time it’s taken the production to put out something substantial, he had this to say…

We’ve had a very tight post- production schedule. We have over 1500 visual effects shots in this movie, which is a lot. And we have to convert to 3D. That pushes your schedule up even tighter so they can go through this painstaking conversion process. You want to do it with the right quality so you need a lot of lead time. Those things conspired to make what seemed like a decent amount of post feel like incredibly pressured.

This was important because when we went to Comic-Con last summer, we were still shooting. We didn’t have any shots or any visual effects to show. This was very important because we finally had something to put in front of people. We showed people what we have finished with visual effects, though only 80 percent was technically finished. Some of it is still work-in-progress.

…and where are they at now?

We’re deep in it. We’re doing sound meetings on Sunday with the mixers, because a huge part of the movie is sound. We’re asking questions like “What does energy sound like?” That’s a whole other element besides visual that you have to now get really into. The stuff today wasn’t all final mixed sound. There was temp tracks in there.

De Line believes they’ve got something that will stand out from the Thor‘s and Captain America‘s of the summer, and if the masses aren’t put off by fish-persons and rock planets, they very well might.

I’ve put these screenshots in a new gallery function I’ve never used before. Check out on an individual picture on their own page, and then click to MAKE HUGE. Let me know how it works for you. Also, you can view the trailer in HD on Apple Trailers.

Also, let us know what you think of this footage. Do you think Reynolds is right for Hal Jordon? He definitely brings his sense of humor to the part, but there are hints of the sharper edge he’s capable of as well. The effects still have a ton of work to be done to them- what looks good and what doesn’t? I want your damn thoughts! Put ’em down there or in here… 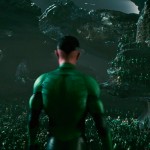 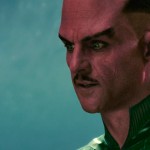 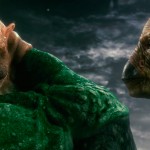 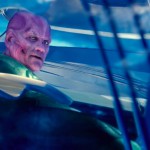 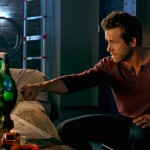 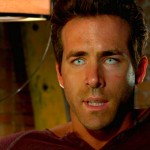 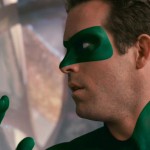 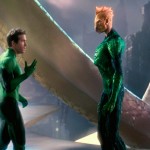 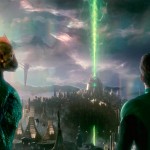 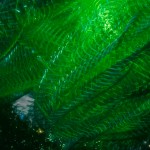 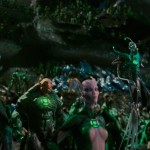 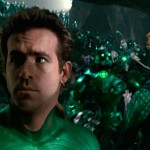 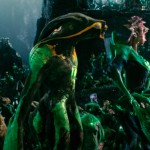 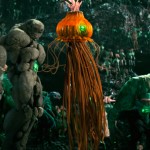 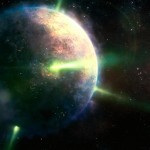 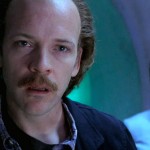 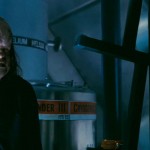 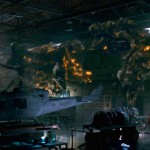 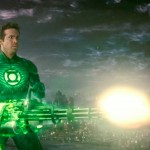 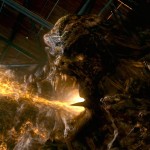 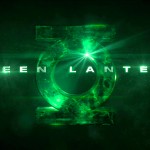