Peter V. Brett’s Demons: The Right Way to do Fantasy

As some of you may have previously noticed, I am an avid reader. I have been for most of my life. However, where once I openly embraced the ideas of science fiction and fantasy, over the last five years I have become ingrained with the idea that genre writing has become inherently bad. Now, that’s a blanket statement and one that I know does not hold true across the board, but seriously, on a whole I’ve gotta stand by this assessment.

Okay, first chance you have go down to your nearest bookstore and browse the genre sections. Let’s break down what you are likely to encounter.

Mystery seems to be, for the most part, a lot of people following james patterson’s model of a-book-a-month; you know, come up with a character and run him through the same outline over and over again, refreshing each book just enough by changing location, villain, object or person the mystery seeks to solve. Boom. There you go. Seems kind of… contrived and cookie cutter, doesn’t it?

Now go over to Sci/Fi Fantasy. What do you see? Lots of books that proudly display Tolkien-like imagery on their covers, no? Puffy shirts, Dragons, swords, knights, Medieval accessories, flagons of mead, etc. Many look something like this:

Maybe one day I will be forced to sit down and read a Robert Jordan novel and find out that I’ve been wrong all along. Or, due to the fact that roughly every seven years we arrive at a point where every single cell in our bodies has changed, making us essentially completely new people, maybe in seven or fourteen or twenty-one years I’ll wake up one day as a person who loves the stale conventions of most fantasy novels to the point that I find these kinds of books essential.

But I fucking doubt it.

I like authors who have their own voices, their own M.O., prose style, structural ideas (and it’s nice when they’re strange and they work, i.e. Palahniuk, most William Burroughs or Mark Z. Danielewski’s House of Leaves) as opposed to those who do direct derivations of what has come before and already garnered a proven fanbase.

But I digress. Let’s continue on around the Sci-Fi section, shall we?

You’ll quickly notice it’s not all clerics and tunics these days; sharing as much or more of the shelf space now is the tattooed she-creature stuff; this is a direct move by the publishing industry to co-opt the Sci-Fi audience with the romance audience and vice versa, thus expanding target demographics and increasing sales across the boards. Again, old adages aside, you can tell these books by their covers; most look something like this: 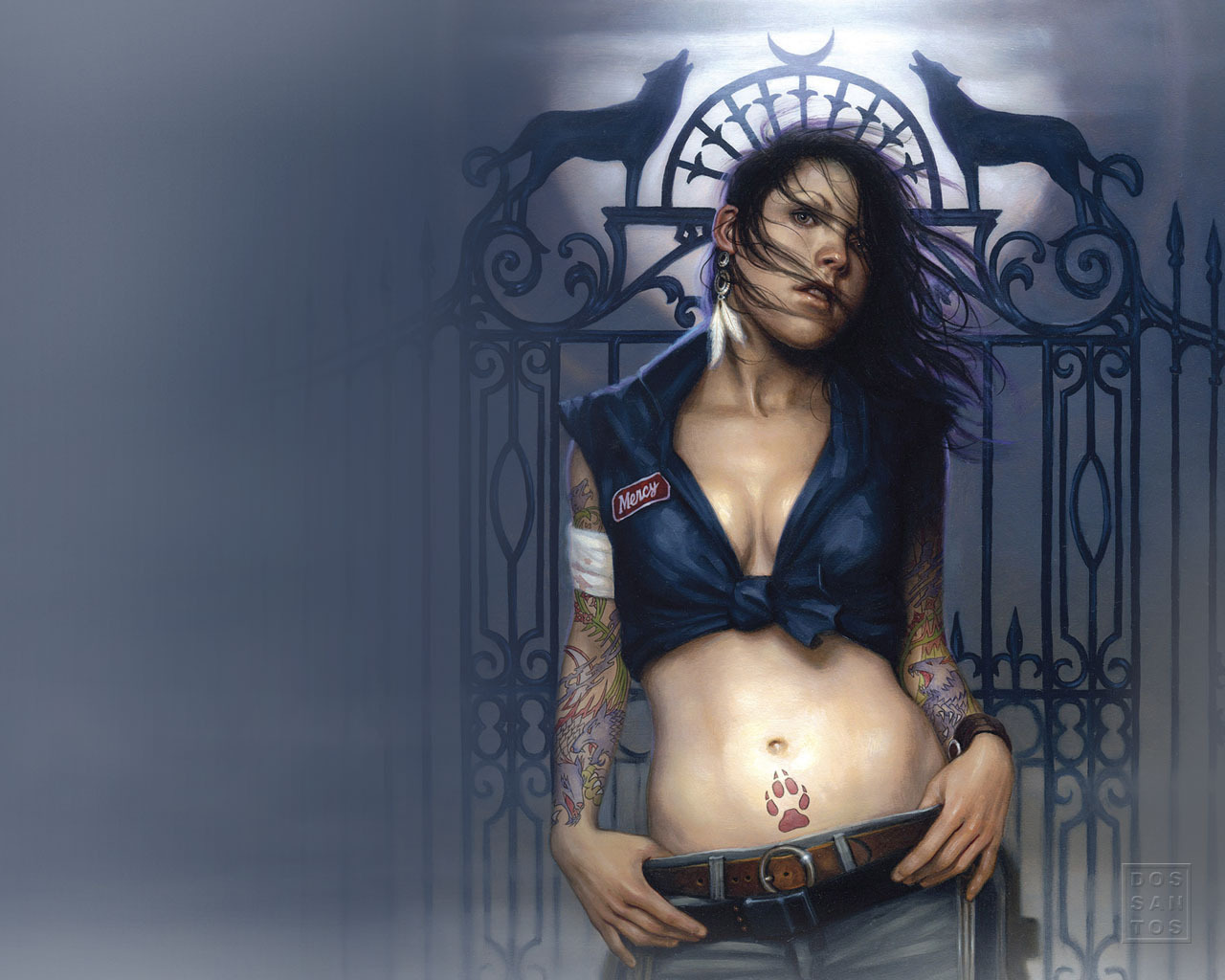 and are essentially interchangeable with the aforementioned drek one finds in the romance section. Compare:

Oooo, spooky, right? Do you see a difference? And I know, don’t judge a book by its cover but seriously, nothing inside any of these appeals to me at all because if it did, the author wouldn’t have ok’d the trite covers (and if they didn’t have a choice, well, they would have had their agent negotiate something better; covers do now sum up books because in 2010 many people have truncated attention spans and want to judge books by their covers).

So as I’ve said many times, the genre sections seem to contain mostly those who contrive to work within the boundaries of said genres. There are exceptions, and on the flip side most Literature sections contain gobs of the chick-lit, nicolas-sparks shite, so in reality I am fully aware that in order to read ‘the good stuff’ one must never take a passive role in reading: it is important in reading, much like in listening to music in this instant gratification-laden age of the internet to look for what you want – no one is going to hand it to you number one and number two most of what you’re going to hear about through regular channels will be corporate chum.

But in the last year I have learned that there is a right way to do fantasy. China Mieville is a start, and for a long time was the last bastion I had in the realms of the fantastic. Then I found Alan Campbell’s Deepgate Codex, which is pretty damn impressive as well. And recently I’ve found Peter V. Brett and his amazing novels The Warded Man & The Desert Spear.

The setup is simple: As the reader you are introduced to a world where humanity is on the fringe of extinction. Small pockets, essentially re-organized from the brink of complete devastation into feudal-like towns and villages adhere only to the daytime, as in this world (which may or may not be a further-down-the-road continuation of our own) it is not nuclear apocalypse, zombie hordes or talentless celebrity blonds who prey on humanity, constantly eating away our number, it’s demons.

Yep. Demons. How cool is that?

In Brett’s world, as soon as the sun sets elemental demons rise from the mists of the Earth and slaughter every living thing they find. Humanity lives in simple fear, unable to properly travel or sustain save for the employment of a handful of ancient symbols they neither control or fully understand. These symbols, referred to as ‘wards’, are what they line their homes with to make it through the nights. These symbols have power and can repel the demons so long as they are prepared without mistake or interruption, but that is essentially all they do: allow people to live in fear.

Until a young boy rebels against his own fears and frustrations and begins a journey, a journey that sees him grow up and discover other ancient wards. These are long-forgotten battle wards and they can in fact harm the demons.

And that’s all you’re getting.

In the first book, the brilliant The Warded Man, Brett sets the stage for a larger epic, culminating with the rise of two warriors who literally transform themselves into living weapons. In the second book, The Desert Spear, we see the evolution of humanity’s war on the demons – and on themselves. These books are extremely well-written. I lost a lot of sleep over the last two weeks simply because I just could not put them down. And they’re not simply page-turners: yes they blaze and pull you through at times but the story, characters and structure is intricate and vast. And sooooo addicting…

Peter V. Brett’s work is a really good example of what can be so right with the human imagination when unfettered by what has come before. Too many authors adhere to conventions  – Brett destroys them like demons.

Can’t wait for the next book.

* I picked that cover purposely because for some reason it has always represented everything I hate about bad Sci-fi/Fantasy. That Darkseid-like head in the background – ugh!