And so… The question as to whether I would be capable of giving a bad review to an M. Night Shyamalan film is finally answered. And that answer is a resounding YES that will echo through the halls of time. And the film in question is a motion picture called The Last Airbender.

This is actually very frustrating for me. Because when an artist you admire errs, you can at least appreciate that he does so on his own terms. I can look at The Last Temptation of Christ and concede that it is a shit film. And, by GOD, is it ever a shit film for so many reasons. But it is definitely a Scorsese film through and through and I recognize it as such.

The problem with The Last Airbender is not that it’s bad. It’s that it’s so commonly, anonymously bad. And I can’t recognize the artist behind the failure. It’s a shitty kiddie movie like about 90% of what the genre has offered us over the past decade or so and, were Shyamalan’s name not plastered all over the ads and credits to make sure I got the point, I wouldn’t have guessed he was behind it.

It’s been about two weeks since I saw it and it’s already starting to fade from memory, but I can try my best to look at its flaws individually and identify Shyamalan as the author of those mistakes. It’s a difficult task, but I can try. So here goes…

NUMEROLOGY IS THY UNDOING.
“All my movies are… No – scratch that – have to be no longer than 110 minutes. That is my ceiling. If I make it to 120, the fabric of the universe will fold in on itself and everyone will die.”

I guess I can understand that. So, let me ask you this, my friend – why in God’s name would you choose to make an epic film. And base it on the entire first season of a cartoon show? I’ve never seen this show. And I probably never will now, thanks to you. But I looked it up on IMDB because I got curious. The first season of the show is referred to as BOOK ONE: WATER. Much like that pretentious title card that appears after the equally overblown title of the film. And BOOK ONE: WATER has 20 episodes. So, right there, we’re looking at about 7 hours of Nickelodeon. Now, that’s more Nickelodeon than any sane person can digest at one time. So, I appreciate that you tried to condense it for me. But, man… Did you really think it was possible to shove 7 hours worth of story content into 103 minutes?

Stupid question. Of course you thought it was possible. Otherwise you wouldn’t have attempted it. But now I hope you learned the valuable lesson that this task has taught you. Namely…

IT IS NOT POSSIBLE TO CRAM SEVEN HOURS WORTH OF STORY INTO A HUNDRED AND THREE MINUTES.

At least, not if you expect us to get sucked into the world and give a shit about the characters. If you want me to cry buckets when that character makes this amazing brave sacrifice at the end, then at least have it come more than 5 minutes after that character first appeared.

I’m supposed to care, right? Because you told me to.

Which leads me to…

EXPOSITION IS KEY
“How else will you understand this world and these characters? I have to explain it to you. And, just in case you didn’t get it the first time, I’m going to tell you again.”

There once were four nations. The Water Nation. The Earth Nation. The Air Nation. The Fire Nation. And there are people with the skill to control the elements of their nation. These people are called BENDERS. But there is a prophecy that, from The Air Nation, an AVATAR will rise – with the power to control the four elements and bring balance. So… The people of The Fire Nation (who all appear to be Middle Eastern, but more on that later) want to control everything. They exterminate The Air Nation and proceed to wage war with the other Nations. And, somehow, the AVATAR is encased in a block of ice together with his pet flying thing. I don’t know what, exactly, that flying thing is. But it looks like a flying worm with the face of Cameron Mitchell.

Anyway… People of the (Caucasian) Earth Nation find the child and his pet flying thing and set them free.

So now the lone survivor of The Air Nation…..

….who, I think, is supposed to be Asian – because the flashbacks suggest that The Air Nation was once populated by Hollywood’s version of Tibetian monks. But he doesn’t look Asian. He just looks constipated most of the time. And he’s clearly some white kid from Long Island or something.

Then again, that’s okay. I mean, Christian iconography dictates that, even though most people from the region of the world where Jesus was born look like this… 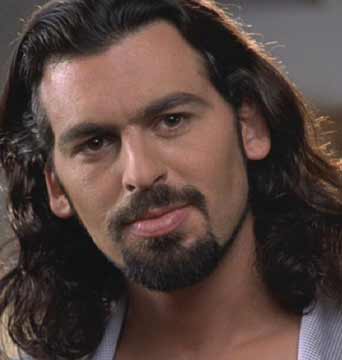 So the casting of a nice-looking white kid to play Buddha makes perfect sense when viewed through that Midwestern prism of understanding.

Anyway… Where was I?

Oh right! The Fire Nation of Muslim Terrorists want to destroy everybody.

Um, and the kid with the powers has to finish learning his powers so that….

Ah, fuck it. I lost my train of thought. Besides, does anyone really give a flying fuck about any of this? I don’t. And, seeing how I’m a normal person – or like to think I am, I can only assume that no one else does either.

It’s a kid’s fantasy about the chosen one kicking everybody’s ass. Like all the other fucking fantasy movies. From Atreyu on down.

What I wanted to say is: Exposition may be key, but it is also really boring. And this is a Shyamalan staple, I guess. Because his previous fantasy kid’s film – Lady In The Water – also had a lot of exposition. Though, in that one, he did it creatively. He had an Asian lady deliver the exposition to Paul Giamatti while he ate cookies.

Here, he has a bunch of people tell each other things they already know because we don’t. So, basically, 90% of the movie’s dialog sounds like actors reciting the instruction booklet to Final Fantasy XXIII or whatever.

So you got your heroes and your bad guys. And your bad guys are the kid from Slumdog Millionaire as a whining bitch. And the guy from The Daily Show as the arch villain.

CASTING AGAINST TYPE CAN BE REWARDING
“I’m going to cast Asif Mandvi from The Daily Show as the villain of my movie. Kind of like when they cast Denis Leary as the villain in Judgment Night and Gunmen. And Taylor Negron was a convincing bad guy in The Last Boyscout. So… Since comedians can be villains in action films, this will work.”

I could try to come up with a convincing theory about Middle Eastern comedians not working as bad guys, based on this dude and the fact that Kal Penn was also unable to pull off his evil terrorist on 24, nor that mute  henchman he played in Bryan Singer’s boring Superman movie. But, ultimately, I don’t think that’s the case. I just think Aasif Mandvi is a very poor actor.

THE MAN WITH SOMETHING TO PROVE IS A MAN WITH NOTHING TO LOSE?
“I want to make an action blockbuster just like everybody else.”

Okay. But don’t make it just like everybody else, right? I mean, you can do your own thing, can’t you? When Tarantino made Kill Bill, he challenged himself to stage high-octane action sequences of the type you might find in a John Woo picture. But, when I watched Kill Bill, I could see Tarantino was the man responsible.

The Last Airbender looks, to me, like the latest film from whoever was the fucktard that made Eragon.

So, yes…. Mr. Shyamalan – you have the ability to work with special effects and stage convincing action/adventure sequences of the type found in films like Eragon, The Golden Compass, Percy Jackson, The Narnia movies and so on…

CONCLUSIONS
So, how does this fit then into Shyamalan’s filmography? How can we apply the auteur theory here? I’m still not sure. But, seeing as he did what everybody else does… Adapt a commercial property, cast nice white heroes to play Anime characters, make Middle-Eastern terrorists your villains, post-convert your movie to 3D….

If we are to take all his artistic choices here as deliberate, then it definitely fits into that canon… 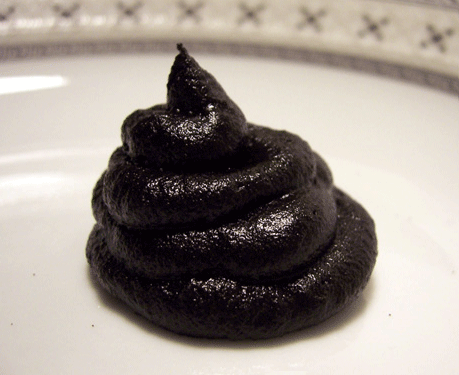 Every filmmaker has their first piece of shit.

So yeah… my real complaint is that The Last Airbender could have been anyone’s.

After this lesson, I hope Shyamalan goes back to taking dumps that are purely his own.