Bethesda has just released a whole desert-load of screens from Fallout: New Vegas, the upcoming sequel to Fallout 3. As you can see, it looks just like more of the same, which of course is not a bad thing at all. We don’t get a glimpse of what New Vegas looks like just yet, but there are a couple of new things here- like that Companion Wheel. Looks like you’ll be able to direct your companions this time.

This is the New California Republic, one of the two opposing factions in the game. Their home base is in McCarran Airport. Caesar’s Legion is their foes, a slaver group that took over the Las Vegas Strip. Other landmarks will include the Hoover Damn and a few famous hotels.

This here’s Raul the Ghoul, one of the companions you can acquire. 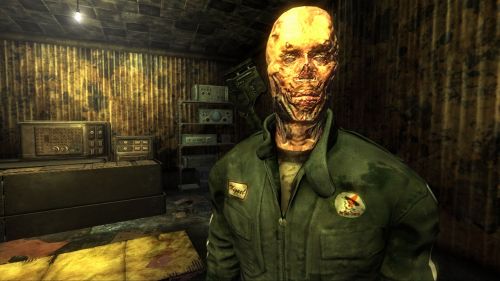 This here’s the Grenade Machine Gun, which rapidfires grenades. Sounds like fun. 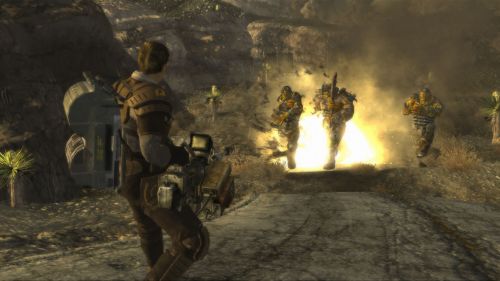 Enjoy the rest of these screens, we’ll have more on the game as we see it.