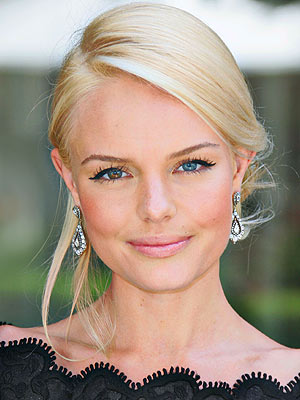 No, she won’t be swinging the asses of cars around corners (but if she feels the need to swing her own, I’m perfectly fine with that).  What she will be doing, though is starring in and producing Lost Girls and Love Hotels for Relativity Media.  Story centers on a woman (Bosworth) who tries to forget her
past while working in Tokyo as an English specialist at a
stewardess training institute by day and losing herself in a sex-
and drug-addled oblivion by night. She finds herself on the road to
redemption when she becomes interested in a missing Western girl.

Film is an adaptation of Catherine
Hanrahan’s 2006 novel of the same name and was scripted by Nadia Conners (The 11th Hour).  Jean-Marc Vallee (Young Victoria) will be directing.  Bosworth was most recently seen in Robert Luketic’s 21.  She has The Warrior’s Way and Straw Dogs upcoming.

In her spare time, she’s stalked by Brandon Routh.

Get a blue crush on the message boards.