THUD: UNDER THE DOME IN THE TUBE

This is kind of old news at this point, but fuck it. Stephen King’s Under the Dome, his gargantuan new novel, has been optioned by Dreamworks for a limited series, with Spielberg himself producing in some capacity. The company is looking for writers before they begin shopping it around to prospective networks. 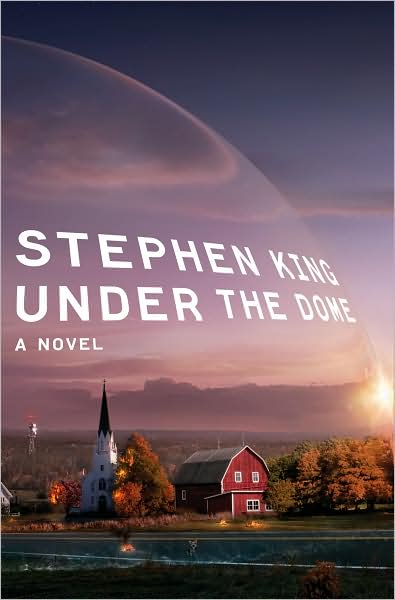 d. I only bought the book because Amazon had it for 9 bucks and I have Amazon Prime, so shipping was free (yeah, I know, that’s a perverse reason to spend money); early indications were that this book was just King’s take on The Simpsons Movie, but Under the Dome proved to be the first King book in maybe the 21st century I could read all the way through – hell, some recent books by King stopped me cold on page 30, and I’m on page 730 of Under the Dome right now.

The book’s no classic, but it’s solid, and I think the story could make a great miniseries. And unlike The Stand, which it resembles greatly, most of Under the Dome feels solidly PG-13, so a TV adaptation doesn’t have to be too watered down.

I usually think reviews that publish long after a product comes out is a complete waste of time, but I think I’ll be weighing in with some thoughts on Under the Dome when I finish the book (which should be very soon).

via Variety
Help Mick Garris polish his pitch on our message boards.