SODERBERGH'S NEXT IS A KNOCKOUT 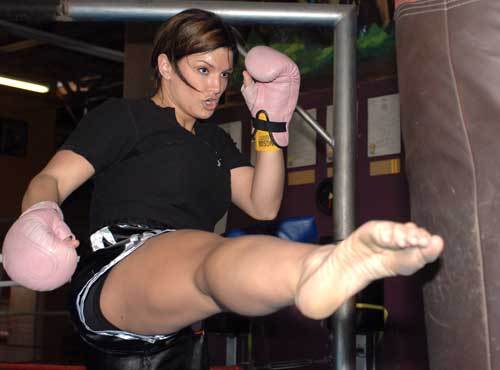 Just a couple of days ago we were wondering what would be next for Steven Soderbergh, now that his very funny The Informant! is
being released (and hopefully earning star Matt Damon an Oscar
nomination). It turns out that he has found what will keep him occupied
before he gets the funding for his Liberace biopic: a martial arts film
called Knockout. Yeah, Soderbergh is keeping us guessing again.

From a press release I received in my email today:

Relativity
Media, LLC (“RML”) announced today it will finance and produce Steven
Soderbergh’s next project, Knockout. Soderbergh will direct the film,
as well as produce alongside his producing partner, Gregory Jacobs, and
Relativity’s Ryan Kavanaugh. Lem Dobbs has been tapped to write the
screenplay. Dobbs and Soderbergh previously collaborated on The Limey.
Relativity’s Tucker Tooley will serve as executive producer. Production
is slated to begin in February 2010. Knockout is an action-packed,
female spy story in the vein of The Bourne Identity. All other plot
details are being kept under wraps.  Martial arts breakout star Gina
Carano is in talks to join the cast.In
an arrangement very unique to the industry, Soderbergh will forgo his
upfront salary, and retain ownership of the film, along with RML.

“We
couldn’t be more thrilled to be working with a world-class filmmaker
like Steven on this project, which is clearly in his sweet spot,” said
Ryan Kavanaugh, CEO of Relativity Media. “Steven’s deal is structured
to help control the budget and align the filmmaker and studio to play
for the upside. As Steven is sure to make a movie that delivers, we all
succeed. More and more filmmakers understand this model, which
perfectly pairs our mutual interest. This is the future.”.

I’m
excited to see what Soderbergh does with an action film, and I’m
interested in the way the financing on this is structured. Yet again
Soderbergh is at the forefront of not just making movies but of the
business behind them.

What’s interesting is that he’s casting a non-actor in the lead; I’m betting this one is more in line with The Girlfriend Experience than with The Limey.