YOU PROBABLY DON'T REALIZE HOW GREAT A GIZMONDO MOVIE COULD BE 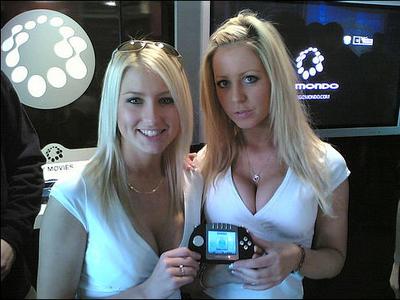 Quick show of hands — who has a Gizmondo? That’s the portable gaming device that emerged in 2005 sporting GPS that was essentially dead on arrival. By mid-2006 the thing was history. I still have one, along with the full pre-release PR package that was given out to game writers in mid-2005. It’s not even good eBay bait.

The interesting part of the story is Stefan Eriksson, the Swedish cashbag who launched the Gizmondo but who also had ties to organized crime and, in perhaps his most publicized act, crashed a million-dollar Ferrari on the Pacific Coast Highway, then told Malibu sherriff deputies that he was deputy commissioner of the San Gabriel Valley Transit Authority’s police anti-terrorism unit.

So, yeah, this guy earns a movie. Beau Flynn just optioned a story Wired ran on the saga back in 2006 (called Gizmondo’s Spectacular Crack-Up) for Craig Zobel to write and direct. Which makes me a bit sad, because this is obviously Nicolas Winding Refn territory. Zobel has plenty of material to work from — just check out the flow chart put together by Game Revolution when the story was big.