Conventional wisdom in Hollywood has always seemed to be that a film succeeds or fails before it’s even released. Like box office grosses are directly linked to how many millions are spent in promotion. Even though anyone with common sense and an attention span would know how bullshit that is.

Anyone remember the run-up to Star Trek Into Darkness? Or Prometheus? Paramount and Fox got us all good and hyped for both films, rolling out a boatload of mysteries and promo clips that all amounted to nothing when the films were actually released. The mysteries collapsed, the films didn’t hold up, and the rest is history.

More recently, we have The Amazing Spider-Man 2. Based purely on advertising, that film should have been an Avengers-level hit. Now, it’ll be lucky to make half what Avengers did (which is still a huge amount of money, sure, but you get my point). Sony moved Heaven and Earth, spending untold millions to get us all excited for what turned out to be a mediocre product. Coupled with an awful release date surrounded by far superior competition, and all the spots in the Super Bowl couldn’t bring its box office to meet expectations.

Conversely, who else remembers the year before Frozen came out? The way Disney promoted that movie, you could swear they wanted it to fail. Yet the film turned out to be so enjoyable that millions of people were moved to loudly and clearly express how much they loved it. That movie became the highest-grossing animated film in history and a two-time Oscar winner, purely by word of mouth. 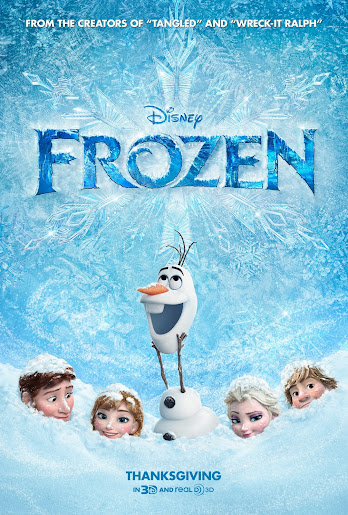 Cut to this weekend, which sees two new releases that apparently came out of nowhere. Sure, Edge of Tomorrow is a Tom Cruise picture and The Fault in Our Stars is based on a popular book, and they both got a decent amount of promotion. Still, I don’t remember seeing any giant cardboard standees for either of them in my local mulitplex. I don’t recall any 15-second clips telling me to look for the latest upcoming trailer. I never heard anyone say that either film was their most anticipated movie of the summer.

Yet for some reason, these films stand to defy all expectations at the box office because their word of mouth is already so freaking good. Exceedingly good, in fact. I’ve seen so many fans and critics rave over both films that — as with Frozen — I’m left asking where the hell these films came from and why the studios didn’t realize sooner that they had such massive hits on their hands.

Though I’ll hopefully get to both films (finals week, what a bitch), Edge of Tomorrow won today’s coin toss, so let’s dig right in.

Our premise begins with the Mimics, a race of amorphous tentacled aliens with the ability to predict and imitate others’ movements. This naturally gives them a huge advantage when they fall from the sky to take over Europe on their way to global domination. But we have a couple of things in our favor as well.

Our first big breakthrough was the invention of weaponized armor mech suits called Jackets. The second was Emily Blunt’s character, a soldier who led the human forces to their first major victory. Call her Rita Vrataski, call her The Angel of Verdun, just don’t ever call her the Full Metal Bitch. We’ll get back to her in a minute.

Anyway, the victory at Verdun has encouraged the Unified Defense Forces (led by General Brigham, played by Brendan Gleeson) to pour all their resources into Operation Downfall, a multi-pronged offensive to exterminate the Mimics. Our protagonist is Major Bill Cage (Tom Cruise), a key spokesman for the UDF who’s being sent to the front lines of Downfall as a publicity stunt. The only problem, however, is that Cage isn’t a soldier. He’s a major, sure, but he only got that rank by looking good for cameras and playing politics. In fact, Cage is so terrified by the thought of killing and bleeding in combat that he does everything short of beg on his hands and knees not to go. So Cage is branded a deserter, stripped of his rank, forced into a Jacket with no training, and thrown onto the battlefield anyway.

But then an accident happens during combat and Cage is granted access to the Mimics’ big secret. Every time he dies, he wakes up the day before with all his knowledge of what will happen later on. In this way, Cage is forced to save humanity by using the invaders’ abilities against them, and grow into a powerful soldier along the way.

Let’s pause for a moment to talk about Tom Cruise. In recent years, Cruise has been most successful when running on either of two distinct gears. One of them is the blustery and comical nutbar seen in Tropic Thunder and Rock of Ages. Second is the grimly determined maniac seen in Jack Reacher and the “Mission: Impossible” films (and Oblivion, to a much lesser degree). Yet this narrative and this character offer Cruise a unique chance to start out in his comical persona and slowly transition into his action persona. This leads to a very entertaining performance from Cruise that elevates the whole picture.

Anyway, the premise has already gained multiple comparisons to Groundhog Day, and I’m not gonna lie, several more comparisons will be made as this review goes on. Still, the premise’s execution differs between the two films in some very crucial ways. In Groundhog, there was never any real explanation as to why Bill Murray’s character was stuck in a time loop. The plot just sort of wandered randomly, with no idea of how to close the loop or what was supposed to happen until the story finally ended. In Tomorrow, those questions are all answered up front. We know exactly why this is happening, what the end goal is, and how the time loop can run out. That’s not to say one is worse than the other; Groundhog Day is a classic and I’d never argue otherwise. It’s just that Groundhog’s method was perfectly suited for a quirky romantic comedy while Tomorrow’s method is equally suited for a fast-paced action film.

Now, I know what you’re asking, and yes, it does seem a little weird that this battlefield accident should only happen at this exact time to this one exact guy. Isn’t that sort of a plot hole? Seriously, what are the chances that this would only ever happen to one solider in this whole massive war? Well, do you remember that Rita woman I was talking about earlier? That’s right, this is exactly how Rita was able to turn the tide of battle at Verdun. She was able to utilize the time loop exactly like Cage is now. But she can’t anymore. She had the ability, then she lost it. It’s a long story. The point is that as a hardened soldier and a former time looper, she’s able to serve as Cage’s mentor to provide all the training and exposition that he needs.

(Side note: Andie MacDowell’s character in Groundhog Day was also a love interest named Rita. Coincidence? I’ll let you be the judge.)

The great thing about the Cage/Rita relationship is that it’s a very effective gender-swapped romance. Rita is the hardass soldier with the tortured history, and Cage (at first, anyway) is the useless burden who always needs rescuing. At no point in this film is Rita ever treated as any kind of damsel in distress. In fact, there are multiple times when Cage tries to play the hero and sacrifice his life for Rita’s safety, and she throws it back in his face every time.

The interplay works because they both know what they’re doing. Cage does predict Rita’s death multiple times, and she does indeed die repeatedly, but it’s never because she makes some idiot mistake. And anyway, she needs Cage’s abilities as badly as he needs her expertise. The point being that they work exceptionally well together, and Emily Blunt deserves so much credit for that.

The other big star is Doug Liman, who directs this film superbly. It isn’t just the action scenes, though they are amazing. From the huge battleground set pieces to the elaborate “heist” scenes (think Bill Murray robbing the armored truck in Groundhog), the action in this film absolutely works. But more importantly, Liman shows a very deft skill at balancing the larger moments with the smaller ones. We do get to see Cage take some time to talk with people (especially Rita, of course), which helps make the film’s more comical and romantic moments very effective. Which brings me to the thematic material.

The movie’s subtlety tends to wax and wane, but there is some good stuff in here about fate and inevitability. After all, the Mimics can use Cage’s ability as well, and there’s a very real possibility that they’re adjusting for each other’s actions and locked in a never-ending struggle. More prominently, the movie touches on sacrifice for a greater good, personal growth through trial by warfare, and a very wide variety of other war-related topics. My personal favorite is the statement about anonymity in war. For every soldier who’s celebrated and put on TV, there’s a whole platoon of troops living and dead who go unrecognized. No one — not even the soldiers themselves, necessarily — may ever know how crucial their efforts and sacrifices were for the greater victory.

So what about the nitpicks? Well, given the premise, there are of course plenty of scenes in which Cage proves his abilities by predicting the future and saying things he couldn’t possibly otherwise know. But the film is very inconsistent about how effective this is. Sometimes it works (usually later on) and sometimes it doesn’t (closer to the beginning). Other than that, most of the movie’s flaws seem inherent in the premise. Would it have been nice to know more about the Mimics, like why they’re here and how they control time? Sure. But that would only have distracted from the story being told. For better or worse, the Mimics are just a plot device to provide a conflict and a justification for the premise.

Pictured: The Mimics. Sorry, but they thrash around so fast that it’s hard to find a decent photo.

Also, aside from Cage and Rita, pretty much every character in this film is rather flat and two-dimensional. But then again, you could level a similar complaint against Groundhog Day. For better or worse, characters just aren’t that interesting when their character arcs reset every ten minutes and we only see them doing the same things over and over again. I could also complain about the climax, which culminates in a lackluster manner and gives way to a somewhat contrived plot turn. Still, it works within the context of Cage’s development, so whatever.

I’m not entirely sure if Edge of Tomorrow would be worth the IMAX or 3D premiums, but I had a great time watching it in 2D standard. The action works, the comedy works, the romance really works, Blunt and Cruise are both outstanding, and the pacing is just right. For a premise that seems to rip off Groundhog Day, it’s a surprisingly creative film that delivers a lot of fun at the multiplex. Strongly recommended.