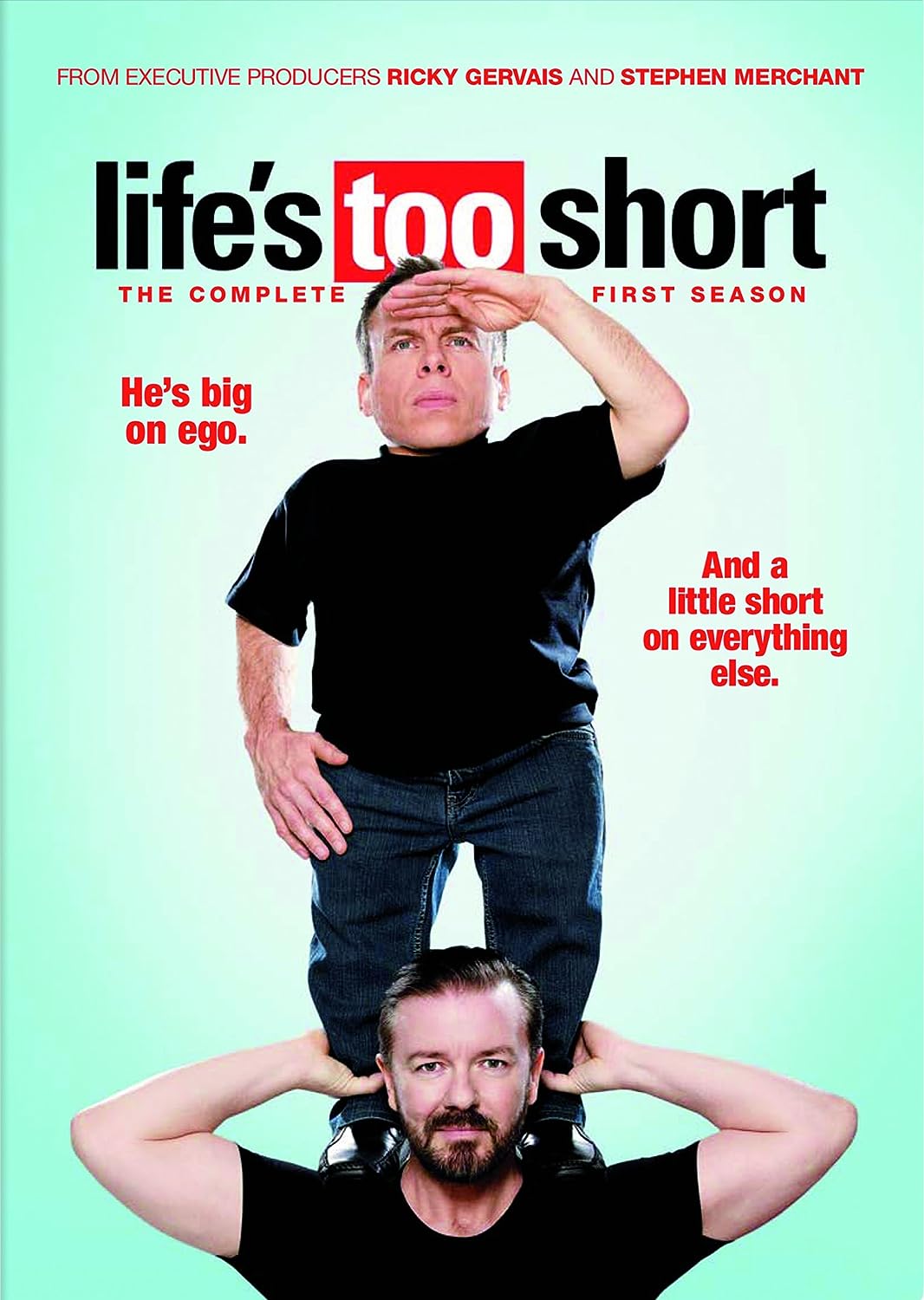 The Pitch
“The Office meets Extras, but with Warwick Davis.”

The Nutshell
>Warwick Davis plays Warwick Davis, a down on his luck actor who happens to be a little person. With the help of his assistant Cheryl and his accountant, Warwick traverses a messy divorce, tax problems, working in the film industry, and Johnny Depp.

The Lowdown
I love Ricky Gervais and Stephen Merchant. I really do. When the two come together, they produce some of the most potent, awkward, stick-to-your-ribs hilarious comedy ever seen. It literally hurts to watch and listen as they put abysmal characters through the wringer and laugh at them. For these two, it’s not enough to let us laugh at them, as they make sure to inject a real, emotional core to it all. Tell me you don’t hold your breath with the end of The Office Series Two, one of the best moments in television ever. Their comedy is so real, it hurts, which is one of the delights in seeing them do it.

When I heard Warwick Davis was going to star in the new Gervais/Merchant show, I instantly became excited. I had to see it. I was just excited to see a new show from the two, but to put Warwick Davis as the lead? I know this isn’t very critical or professional, but that’s amazeballs. All of the people involved engender a lot of goodwill from me, so it’s super disappointing to say that Life’s Too Short is a bit too short on laughs (Joel Siegel would be proud of me). In the context of Gervais and Merchant, there’s not any new ground being broken. In the context of just television in general…there’s not any new ground being broken. Plus it’s just not that good.

Warwick Davis as Warwick Davis is great, but the novelty of actors playing miserable versions of themselves has worn off. It’s surprising that this is a cliché, but it is. Here, Davis is locked in a bitter divorce with his wife as well as trying to accrue $250,000 for taxes not paid by his accountant. Davis is also suffering from little man syndrome, which is not a crack about his stature, but the fact that he has to peacock about being the star of Willow constantly. It’s funny for a little bit, but gets tired quickly.

When Davis isn’t peacocking, he’s being outright miserable. He’s an atrocious protagonist who embroils himself in easily fixable situations were it not for his giant ego. One particular instance is when he spreads rumors about dating an actress at a party that Davis’s actual girlfriend is at. Instead of backing down when confronted by both the actress and his girlfriend, he perpetuates the lie for the sake of ego. It’s painful and masterfully constructed by Gervais and Merchant, but it’s just a good scene. At least, according to Warwick Davis Plumbing.

Herein lies the first of two big problems the show has. There is barely a through line for the show. Each episode has a threadbare plot on which to hang sketches with Warwick Davis and famous actors on it. Gervais and Merchant are better writers than this, as they rest on the crux of bringing in their famous friends to do things. One of the great things about Extras was integrating the celebrity cameo into one of the plots.

To justify cameos for Life’s Too Short, Ricky Gervais and Stephen Merchant play themselves, always sitting side by side at a glass desk (which is actually really funny). They also constantly meet with actors. That’s great and all if the show was about them, but the show is about Warwick Davis. Often, Warwick will literally be on the side of the frame as Ricky and Stephen talk with a famous actor. The famous scene with Liam Neeson doing improv is hilarious, but it stops the show cold. Another episode with Johnny Depp stops cold when Depp confronts Gervais about the Golden Globes, a reference that is already dated. Wherein Extras cameos were organic, these feel shoehorned in because they’re funny. While that’s okay due to the sketches being really funny, it’s also lazy and masturbatory. This is how the show tells us to feel.

Not that the show is well constructed enough to allow for emotion. That’s fine. I wish that Gervais and Merchant had committed on making this a full blown comedy instead of a little bit of character study. Like I said before, the individual scenes are hilarious. Anytime Warwick is exacerbated by the stupidity around him is brilliant. Also, Warwick Davis is surprisingly adept at physical comedy. He takes pratfalls like a champ, falling off of bookcases and into ditches and out of cars. I guess that makes me a bad person to laugh at a little person, but Warwick is such a miserable person, it’s okay. Plus to see anyone dangle off of a bookcase, then drop hard…that’s funny.

The show’s a pleasant enough watch, but I was expecting more from Life’s Too Short. It’s super funny, but ultimately hollow. Also, if you’re not a fan of awkward humor, you should probably never, ever watch this ever.

The most substantive feature is the Making of “Life’s Too Short,” a 30 minute piece going over the show. It’s basically a greatest hits of the show, going over the best celebrity cameos and working with Warwick and Ricky and Stephen. Nothing too amazing outside of Shaun Williamson proposing that he continue on his role from Extras on Life’s Too Short, a bizarrely amazing meta-bit which is mind bending and brilliant.

You have some deleted scenes, some outtakes, some more behind the scene footage, and previews of each episode. There’s not too much meat here, but just enough to not feel like a cheat. Surprisingly, Warwick Davis has a WICKET sense of humor. Hey, guys? Guys, where you goin’?