High On Fire, at the Viper Room. Arguably the band with the biggest sound in metal plays just about the smallest venue in LA. Was it awesome? I’ve seen HOF before at both Chicago’s Double Door in 2003 and last year at Hollywood’s now-extinct Knitting Factory and while both of those venues are considerably bigger than the viper room each show was still slightly akin to having a barbarian smash me in the face with a bloody, tooth-dented hammer. Transpose this to the teeny-tiny viper and what Matt Pike and crew basically did was drive a fucking ten ton truck carrying a little less than a legion of bloodthirsty Orcs through the crowd, axes swinging, for somewhere around eleven songs.

It was hot, it was sweaty and brother it was LOUD AS ALL HELL!!!

I’m not a fan of the viper room at all, having swore them off for good (except not) about three months ago. But that, as they say, is a story for an asterisk denoted aside* and I simply could NOT pass up the opportunity to see one of my favorite bands in such a small club.

I was not disappointed.

The band opened with ‘Fury Whip‘, the opening track from 2007’s Death is this Communion and it got the crowd pumped. Next Pike steered the guys into one of my own personal favorites, ‘Speedwolf’ from 2002’s Surrounded by Thieves. From here things get hazy* but I’ve found a setlist here and as well you can click on the little icons next to the songs to hear album versions of the songs. Well, album versions of the songs (additional highlights were ‘Blood From Zion‘ off the band’s Man’s Ruin Record’s debut The Art of Self Defense and the simply annihilating title track from 2010 Snakes For the Divine, with it’s classic Maiden-esque intro riff and pack-of-angry-dogs vocals) that we know, but get ready for good news HOF fans because the guys ended the night with two NEW tracks, one of them linked below. Both absolutely KILLED but as far as I can currently tell by scouring the interwebs, this tour has served as the first notice that (THANK YOU!!!) there is a new album on the horizon. (If you click those icons on that link above you’ll get video of both new songs)

Word of advice for any fans who haven’t seen them: DO IT NEXT CHANCE YOU GET.

* Roughly three months ago my wife surprised me with tickets to see Helmet at the viper room (I know, Helmet!) for a show that was scheduled as doors at 7, show at 8. Again, let me Gilligan Island this shit – doors @ 7, show @ 8. Now I’ve been to enough shows in my life to know that club info is never accurate, and things can change or happen, but in this particular case we show up around 9 and find out that the show hadn’t started yet. Then we realize that there was magically a local band showcase of three of the WORST bands I’ve seen in quite some time adhered to the front of the actual Helmet show. This pushed Helmet opener Battle Tapes (Awesome! Check ’em out HERE) back considerably and the actual headliners to about 1AM. Of course having bought these tix under the falsely advertised time frame led us to believe we would at least be on the way home by 12:30 at the latest, as both of us had to be up at 7AM the next day. Needless to say we saw about five songs of Helmet’s set and had to leave.

Not as bad for High On Fire, however, it is my distinct impression – and maybe this is common practice now, I don’t know – that the vr pushes the start times of bands, especially headliners, back until a certain liquor sale quota has been met. How else do you explain the fact that although HOF appeared to be set up behind the black curtain that surrounds the stage during set changes the ‘Announcer’ kept saying things to the crowd like, “Not yet guys. There’s still time to head to the bar or flag your servers down for our $10 drink special.

A bottle of bud and a shot of jack technically makes it a $10 diarrhea special, not a drink special. But I’m nitpicking…

* I was drinking this before we went in so I was kinda hammered: 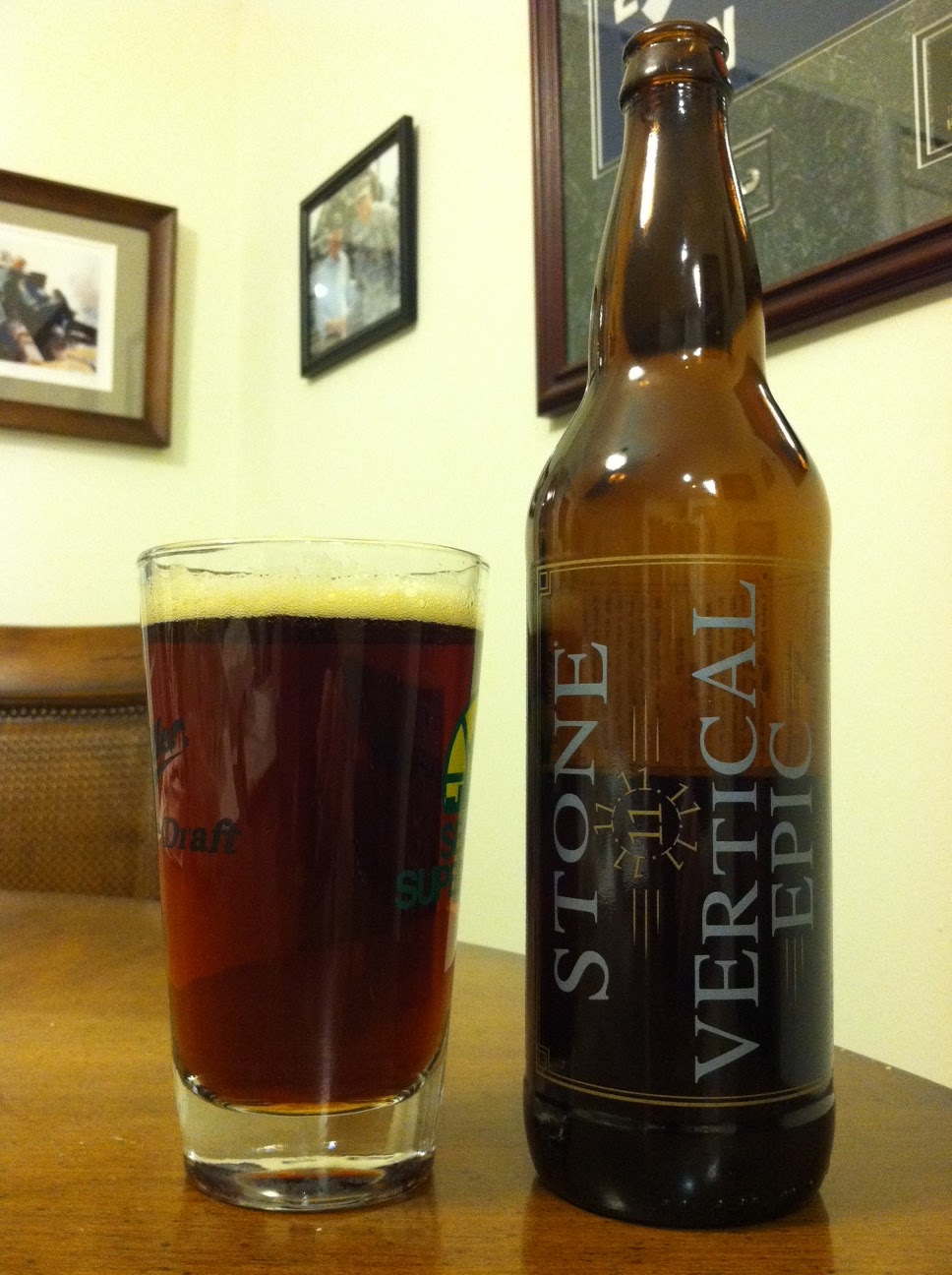 And incidentally, the blog I found this wonderful picture on is one man’s fantastic journey through beer and well worth a read folks!!! http://myjourneythroughbeer.blogspot.com/