Dario Argento – one of the masters of giallo, Italy’s special brand of colorfully gruesome genre cinema that rests at the center of a Venn diagram of horror, thriller, and melodrama (in case you’re unfamiliar; welcome to CHUD btw; come often) – hasn’t made a really good feature film in over twenty years. Or even simply a good feature film, depending on your tastes. Yet I suppose it is a testament to how fucking amazing his films from the 70’s and early 80’s are that I find myself inexplicably excited for his next film, Dracula 3D. I can’t help myself. I just pray it isn’t similar to his “adaptation” of Phantom of the Opera.

The film purports to be a fairly faithful adaptation of Bram Stoker’s novel, and it made minor headlines a while back when it was announced that Rutger Hauer, freshly stinking of ‘comeback’ talk from Hobo With a Shotgun, was cast in the film. Some were disappointed that Hauer wouldn’t be playing the title character, apparently forgetting that we already got a bit of that game from Hauer in Buffy the Vampire Slayer back in 1992 – not to mention 2005’s Dracula III: Legacy – and it wasn’t that great. Instead Hauer is playing vampire racist Abraham Van Helsing (more interesting casting at his age, I think), with Wanted‘s Thomas Kretschmann as Dracula. And of course, Argento’s daughter and frequent muse, Asia Argento is present as well — as always cast in a somewhat uncomfortably sexual role, considering her dad is making the film. Instead of playing virtuous Mina, she is playing the much sluttier Lucy. Oh, the Argento family.

The film is currently in production in Europe and Asia has been taking to her Twitter to share pics of the shoot. She’s got pics of her and Kretschmann, herself in make-up and costume, Marta Gastini as Mina, her father, the 3D camera, and a castle. No Hauer, so I also threw in a pic she has of her and John Carpenter, unrelated to the shoot, just cause I think its cool that she apparently hangs out with him from time to time. 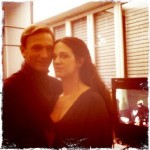 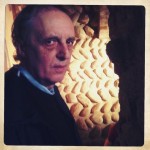 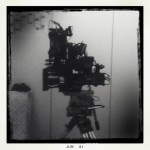 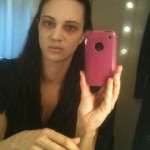 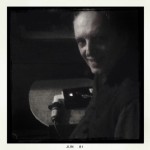 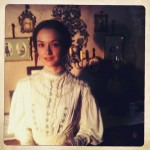 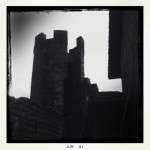 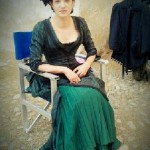 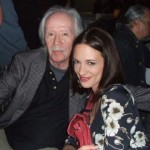