Paying Respects is a column devoted to the dead movies, games, and TV shows of old.  This week,  we kick things off with one of my favorite (and one of the most underappreciated) shows of all time: Clerks.

In its brief six episode tenure, I feel in love with Clerks.  I don’t know how, or why.  Because, when you get down to it, Clerks was doomed from the beginning.  It was based off of the R rated, black and white Kevin Smith film of the same name.  It was broadcast on ABC, which doesn’t have the greatest track record when it comes to animated shows…or sitcoms.  Or dramas.  Or anything that isn’t Lost, Ugly Betty, or Modern Family.  But my hate towards ABC has led me slightly off track.  The point is, Clerks was never fated to have a good run.

But what were thought to be hinderances turned out to be comedy gold.  The fact that Clerks:TAS and Clerks the movie were nothing alike (and the very idea that greenlighting the show in the first place was a bad idea) leads to moments of comedic genius.  Props must be given to the last (and my favorite) episode, appropriatly titled “The Last Episode Ever.” It used the differences between the two properties and ran with it, delivering one of the very best half hours of comedy ever.

But the “The Last Episode Ever” isn’t the only reason to watch Clerks.  In fact, every single episode delivers a quality blend of wackiness, comedy, and the ever irreverent pop culture refrence that only Kevin Smith in his prime could dream of.  And the voice acting?  Terrific.  Special due must be given to Jeff Anderson specifically, who is hillarious as the more cartooney (but still hillarious) Randall.  Also Alec Baldwin is great as Leonardo Leonardo, the billionaire who conquered the savage land of Canada just to turn around later and give them the Polio virus.  Keep in mind, this is the time before Alec Baldwin was in 30 Rock, so he basically meant nothing back then.  He was, however, brilliant in this show. 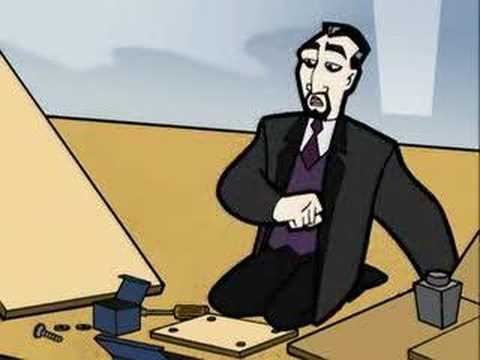 I've got you clerks lock, stock, and barrell.

I could go on for hours talking about why the show was amazing as it was.  I could talk about the now famous second episode where Dante and Randall get stuck in a freezer and remenisce about there best times…a.k.a the first episode.  Or the Outbreak parody.  Hell, the idea of Judge Judge Reinhold, an easy joke later cultivated to great success in Arrested Development as well.  I can go on and on, but the point is this; Clerks: The Animated Series is one of the greatest comedies ever made, and deserves to be watched by millions.  And, if anything, it’s a token to the glory years of Kevin Smith, a time when he wasn’t insulting his first and most vocal fans (movie critics, if you were wondering).  Ah…I remember then…