The Political Rebrandings of ‘The Force Awakens’

Thanks to the intrepid folks at io9, we now know that you can kiss the ol’ Galactic Empire and Rebel Alliance goodbye. In the thirty years since the deaths of Darth Vader and Emperor Palpatine, there’s been some political rebranding: The Empire has since evolved into… The First Order. I’m sure you noticed their gargantuan logo in this amazing shot from the trailer: Boy howdy, not having full CG clone troopers in the extreme foreground is refreshing, ain’t it? Now, I bet you’re wondering about the Rebel Alliance. They’ve been renamed too, but it’s a much smaller change: they’ll be known as The Resistance now, but it would appear that they’ve retained their old logo.

I really like how much appears to have changed in the thirty years since Jedi. A lot of you might be thinking these are just new names for old things, but rumors have swirled since the first leaks that not everything is as it seems with the political factions of The Force Awakens.

In addition to these details, some great photographs from the costume and prop exhibit at Star Wars Celebration have also been posted at io9, and I’ve selected a few of the coolest to embed here. Click ’em for full size versions! 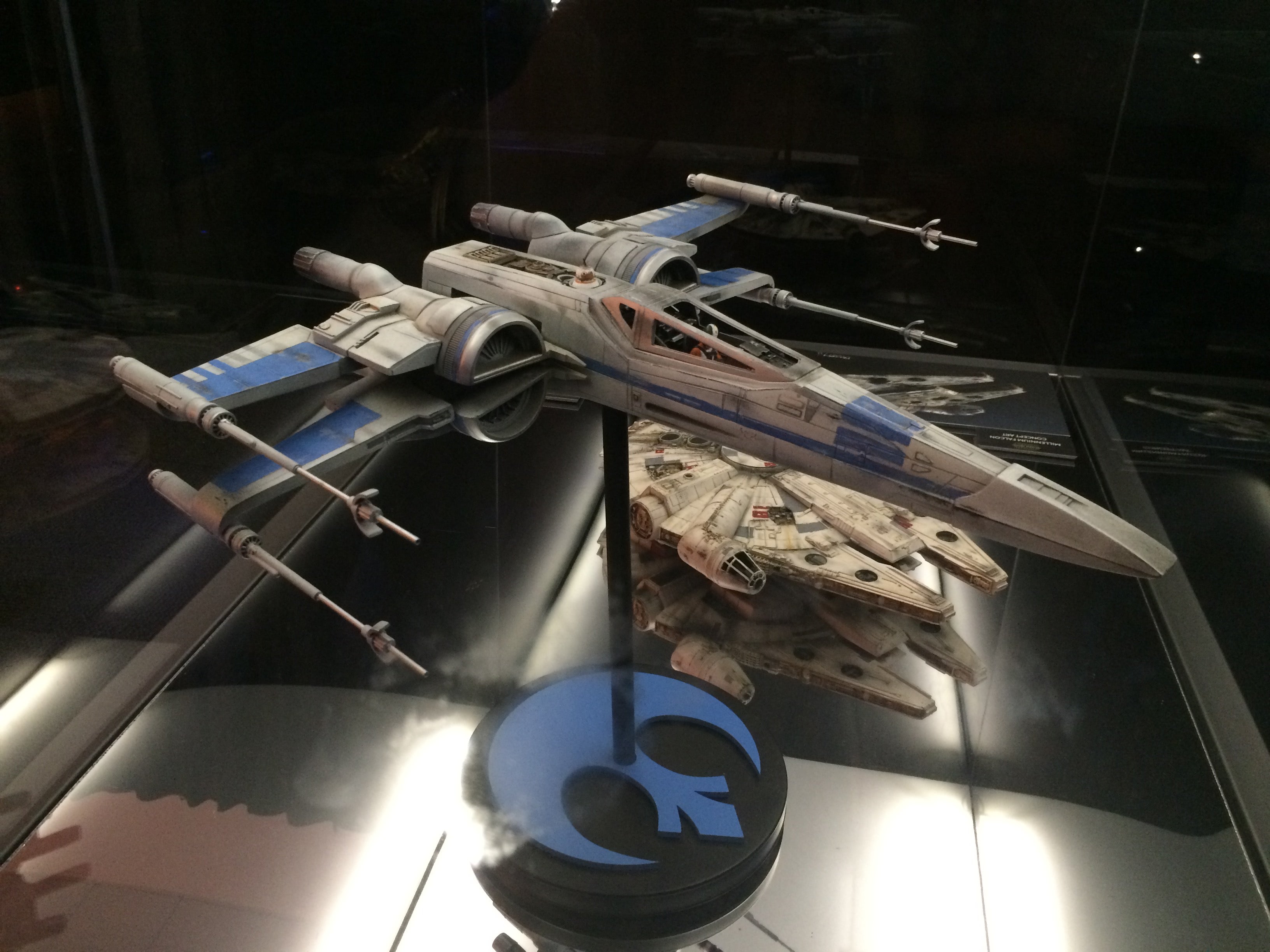 Look closely at Finn’s waist — that appears to be the blue-bladed Skywalker saber. 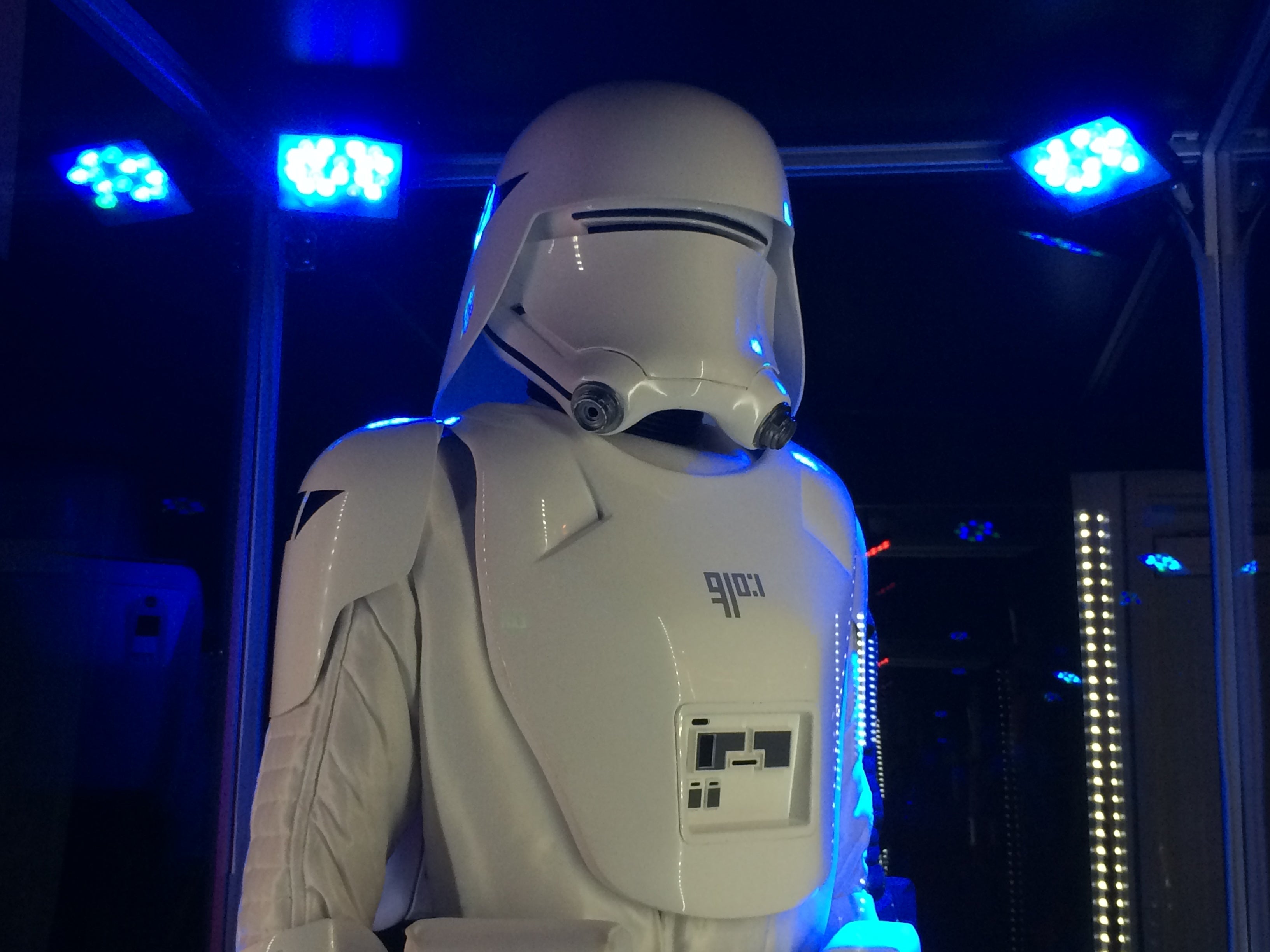 A Snowtrooper of The First Order A Flametrooper of The First Order 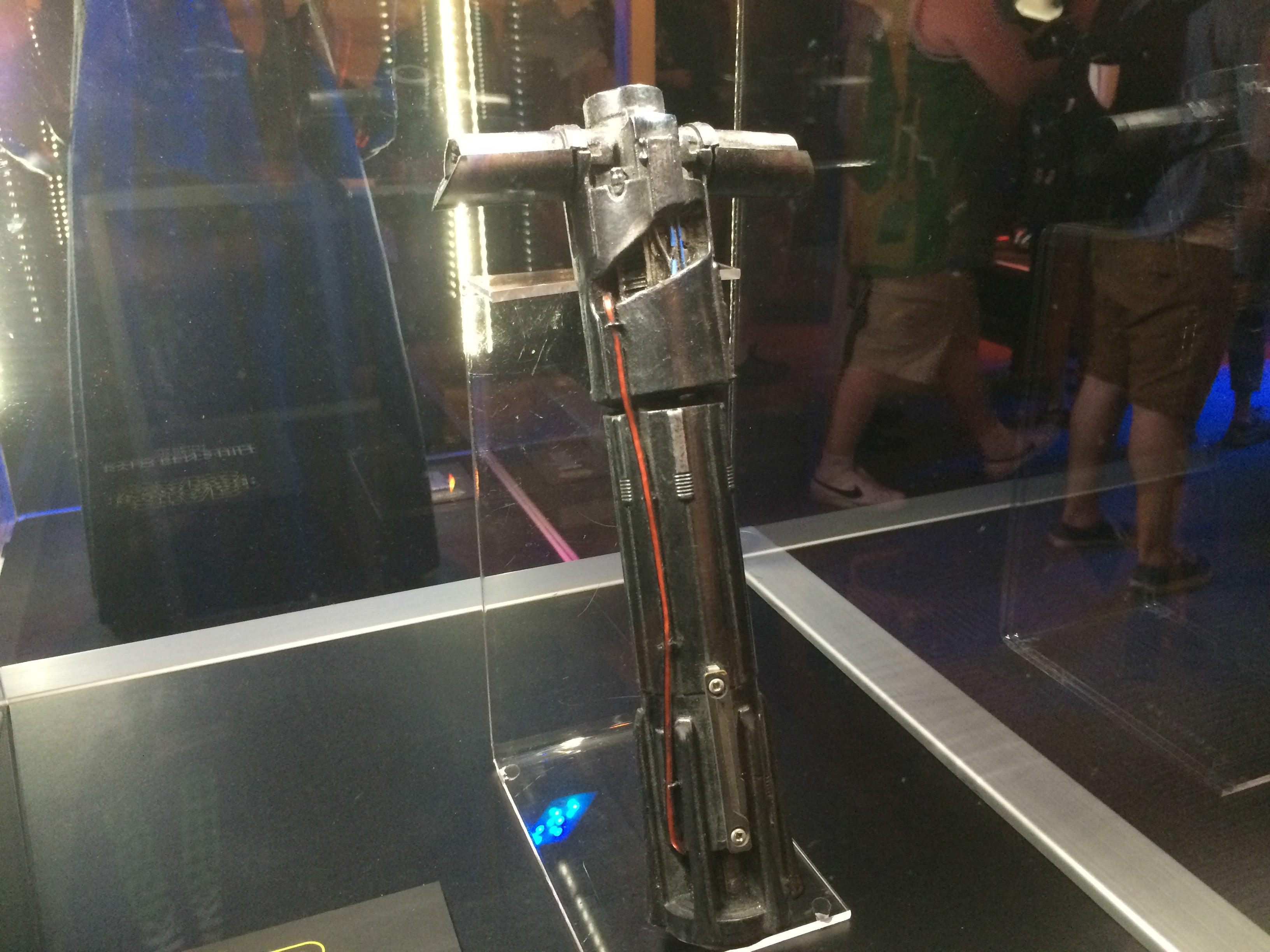 Kylo Ren’s lightsaber, which looks like it may have been damaged, then repaired and modified by inexperienced hands.