A lot of my friends and correspondents have asked lately if I’m going to review Neighbors. In all honesty, I don’t plan to. It’s been getting good reviews and all, but the mainstream releases so far have generally been underwhelming this year. I know how hypocritical this sounds, coming from someone who reviewed Amazing Spider-Man 2 and will definitely review Godzilla (2014) this weekend, but I would much rather turn my attention and limited time toward the arthouses whenever possible. Sorry, but it’s hard for me to watch a Seth Rogen/Zac Efron comedy when I could be talking about Enemy, The Double, The Railway Man, The Lunchbox, Only Lovers Left Alive, Trust Me, Blue Ruin, or any of the other films that sound far more interesting.

Right now, the Fox Tower is loaded with shows that I haven’t gotten to yet, so I just dropped by to see what film happened to be playing when I arrived. It’s a kind of game I like to call “Theater Draw,” and today’s winner is Fading Gigolo.

This one comes to us from writer/director/star John Turturro, a seasoned Hollywood veteran who’s worked with everyone from the Coen Brothers to Michael Bay. He’s joined by Woody Allen, an indisputable comic legend despite whatever grievous personal failings he may have. The cast also includes Sharon Stone, Sofia Vergara, Liev Shrieber, and Bob Balaban, all respectable talents to varying degrees.

So where did this film go wrong?

Let’s take it from the top. Woody Allen plays… well, Woody Allen plays himself, like he always does. But in this case, Woody Allen’s name is Murray, and financial problems have forced him to close down a bookstore that’s been run by his family for generations. Assisting him is longtime friend Fioravante (John Turturro, and yes, that’s the character’s real name), an erstwhile plumber who works part-time at a florist shop. So he could use a bit more money as well.

Right off the bat, I’m sure you can spot some problems with the premise. A single man works as a plumber and a florist, yet he can’t make enough with two jobs to sustain himself. A doctor talks with a patient about her extramarital affairs like that’s any of his business. Sharon Stone and Sofia Vergara want a menage a trois, but they can’t find a straight man who’s willing and able to do the job. John Turturro is an amateur male prostitute, and Woody Allen is an amateur pimp.

If we were just dealing with that last sentence, this might have been a comedy. But this is so far removed from any kind of plausible reality that I’m not sure what’s going on anymore. And that’s not even the biggest problem with this premise. Go back and read the recap so far. Can you see the deal-breaking problem yet? If not, don’t worry. We’ll address it later.

Getting back to the story, Fioravante starts work as an amateur gigolo and naturally takes on more clients than just Parker and Selima. One of them is Avigal (Vanessa Paradis), a woman who’s still in mourning after the loss of her husband two years ago. Compounding her grief is Avigal’s overwhelmingly orthodox Jewish faith. Yes, it seems that Avigal (or her husband, at least) belonged to a Jewish faith with the belief that women shouldn’t read, shouldn’t leave the house with her hair uncovered, shouldn’t be touched by anyone besides her husband, and shouldn’t even talk with anyone who isn’t a Jew. And that’s not the bad part.

The bad part is that Avigal grew up with Dovi (Liev Schreiber), a man of Avigal’s faith who’s been madly in unrequited love for her since they were kids. So naturally, he sees her out and about, visiting Fioravante for “therapy sessions,” and starts to feel jealous that she might be going out to see someone who isn’t him. What makes things even worse is that Dovi is part of the local Shomrim, which is supposedly like a neighborhood watch for Jewish communities. Even though there’s a point in the film when Dovi and his comrades straight-up kidnap a guy and force him to stand trial in front of a rabbi gathering like they’re the goddamn mafia. 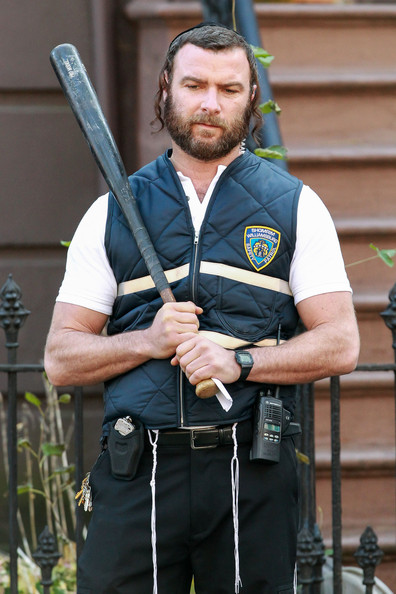 More problems abound, and I’ll get to them in due course. But for right now, do you see the big deal-breaking problem I was talking about earlier? Give you a hint: What’s the conflict at play, and what does Fioravante have to do with any of it?

That’s right, folks: Fioravante — the namesake and protagonist of the movie — has fuck-all to do with the narrative. He’s a plot device, with just enough depth to avoid giving the audience a papercut. He spends the whole movie drifting from one scene to the other, doing whatever the other characters tell him to with barely any objection at all. By my count, he only makes one independent choice in the entire running time, and that comes just after the climax, so who cares?

This might be somewhat easier to overlook if the character was played with any amount of humor or stage presence, but Turturro is just not there. I don’t know if he was too focused on directing or if he was only forced into the lead role to get financing, but Turturro doesn’t seem to be putting any effort into his performance here. What makes it even worse is that Fioravante has no perceivable character development. None. By all appearances, he does not change the slightest bit from start to finish. In fact, aside from Avigal and Dovi, none of the characters have anything that even resembles a development arc.

Doesn’t he look so excited?

That said, the supporting characters are all so much quirkier and over-the-top than our leading man that Fioravante consistently gets acted off the screen. Hell, Woody Allen’s character has more of an impact on the plot that Turturro’s character does, and of course Woody Allen’s lines and jokes are going to be so much stronger because Allen’s schtick has been so thoroughly practiced over so many years. I don’t have the slightest idea why Allen didn’t just write and direct the movie himself, because it’s clearly his show.

Moving on, it’s hard to think of the film’s portrayal of Jews as offensive or mean-spirited, especially since so many Jews were involved in the making of this movie. Still, it felt uncomfortable to watch and it sure as hell wasn’t funny. I get that the filmmakers were trying to make a commentary on slut-shaming and religious persecution of sex, but those ideas fall totally flat when every other character in this picture wears yarmulkes and side curls. The Jewish stereotypes in this film are so thick and shameless that any attempt at thematic relevance looks stupid, and any attempt at comedy plain doesn’t work.

As for miscellaneous notes, the film pads out its 90-minute running time with fleeting shots of life in New York City (again, why didn’t Woody Allen just go ahead and direct the damn thing?). It’s blatant filler, but vitality in this movie is so rare that I was grateful for any I could get. I should also add that the movie has precisely zero nudity, which strikes me as odd. Don’t get me wrong, if I ever see John Turturro any kind of naked, it’ll be too soon (one of many reasons why I will go to my grave without having seen Transformers: Revenge of the Fallen). That said, it seems to me that if actors are having sex through their underwear in a film about prostitution, that’s a load of bullshit. By the film’s logic, no one would ever want to see these two have sex.

Much like the protagonist himself, Fading Gigolo doesn’t seem to have any idea what it’s doing. It’s an aimless wreck that would be entirely worthless if not for Woody Allen’s comedic talents. Yet there’s some shred of charm here that makes it difficult to completely hate. The end result is a great big ball of mediocrity, so inert, inconsequential, and forgettable that it’s not worth much of any emotional reaction. I can only feel disappointment that all this talent yielded all this nothing.

Woody Allen fans might want to give this one a rental, but no one else should bother.